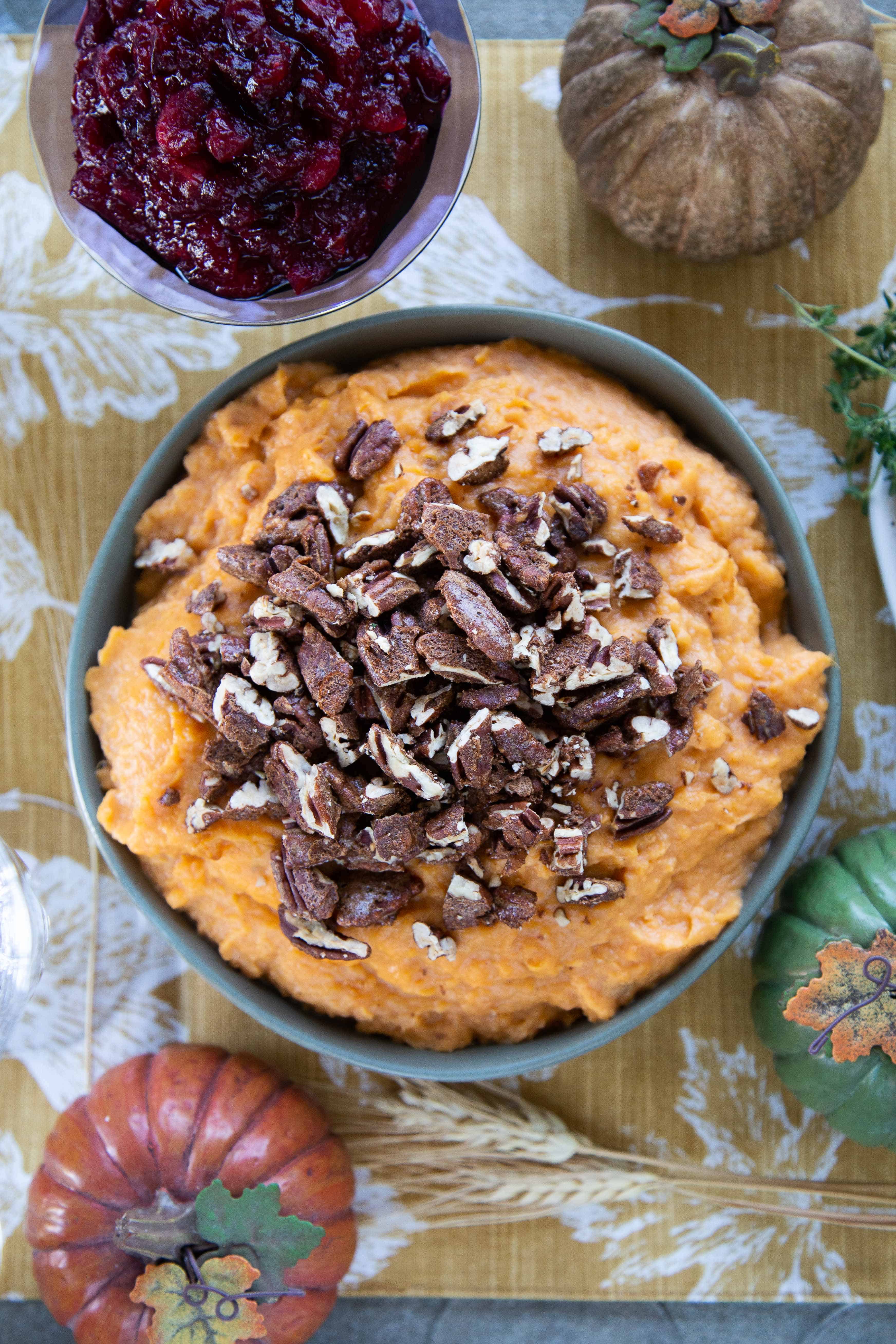 This recipe for lightly-sweet mashed potatoes really lets the flavor of the sweet potatoes shine through. They’re topped with spiced pecans—the same spiced nuts that you get at the fair! The combination is irresistible, and it’s much less sweet than a typical sweet potato casserole.

The result is these Mashed Sweet Potatoes with Spiced Pecans! 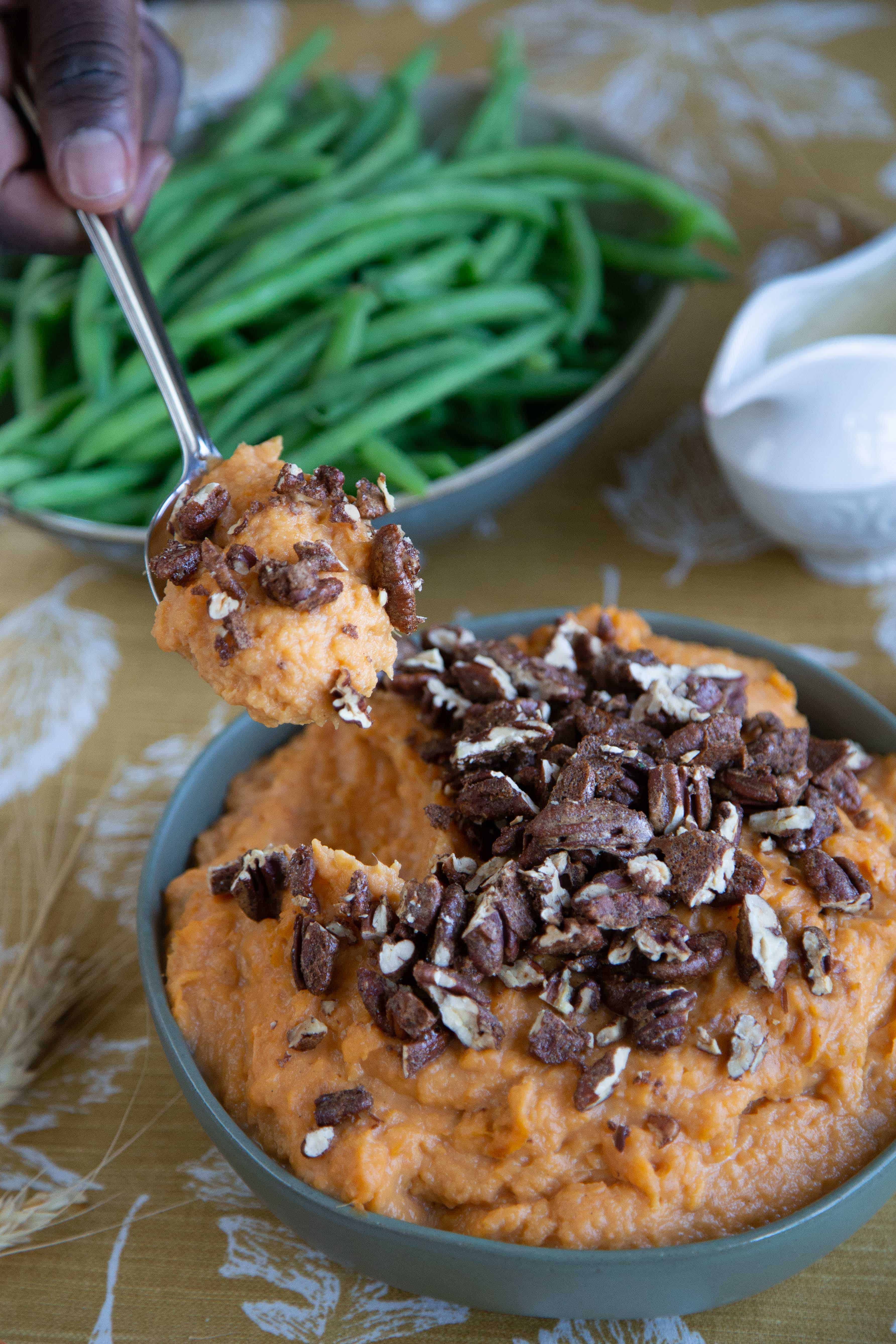 The sweet potatoes are boiled and mashed with a mixture of butter, half & half, vanilla, and just ⅓ cup of maple syrup. They’re lightly sweet, letting the sweet potatoes themselves shine through.

The star of this dish might just be the spiced pecans though. You know those spiced nuts that you get at the fair that smell so heavenly that you can’t stay away? These are it! 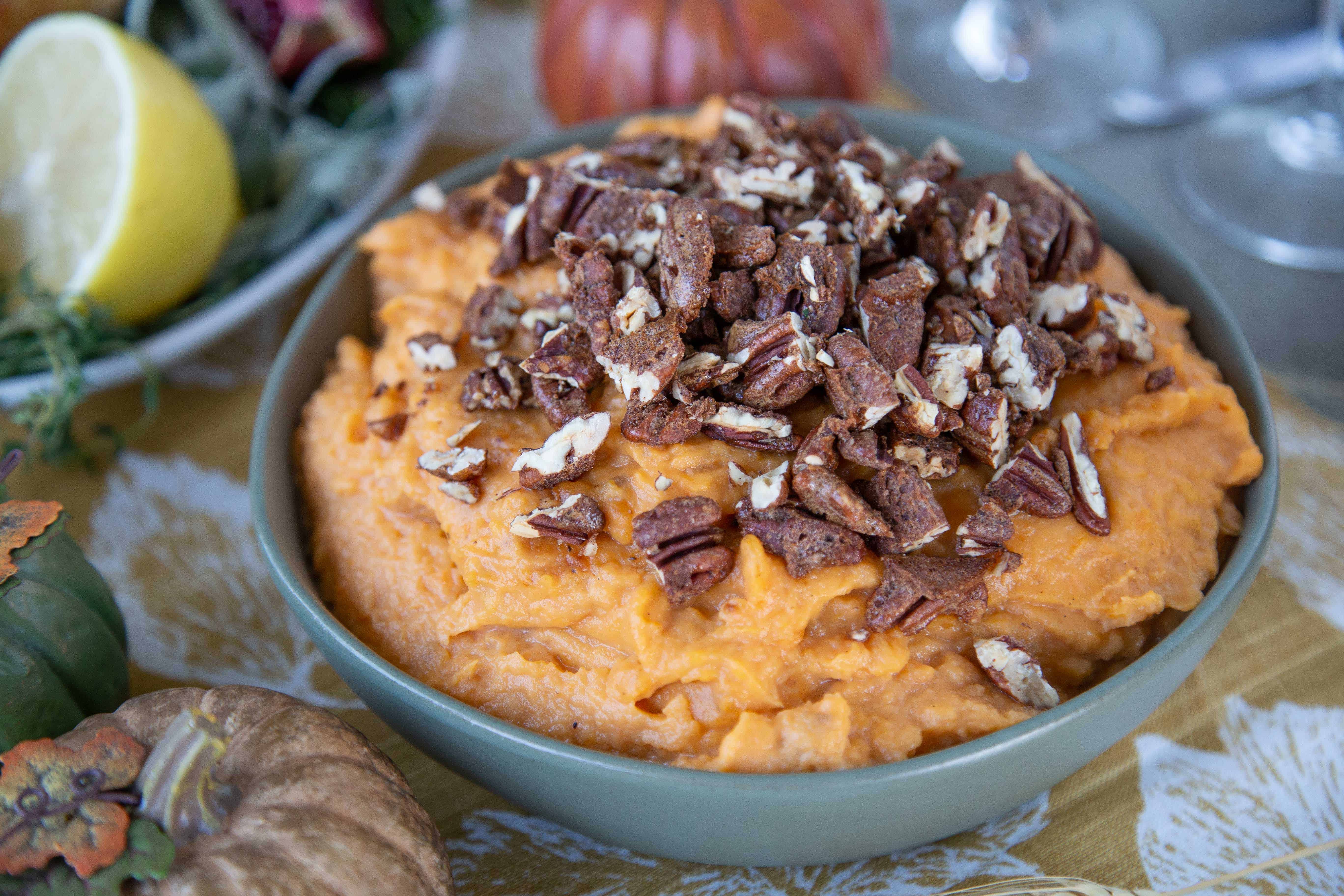 The spiced pecans are flavored with ⅓ cup brown sugar (I used dark brown sugar, but you could use light brown sugar), vanilla, cinnamon, and cloves. An egg white, whisked until frothy, is responsible for getting the sweet spiced mixture to adhere to the pecans. The whole mixture is baked until the pecans are toasted.

The pecans smell SO amazing when they are toasting in the oven. The recipe calls for a generous amount of pecans for the amount of sweet potatoes, so don’t be afraid of sneaking a few spiced pecans. 🙂

The pecans will harden as they cool, so don’t be alarmed if they seem wet and slightly soft when they get out of the oven.

Oh, and the sugar content? ⅔ cup for the entire recipe. Less than a pumpkin pie! 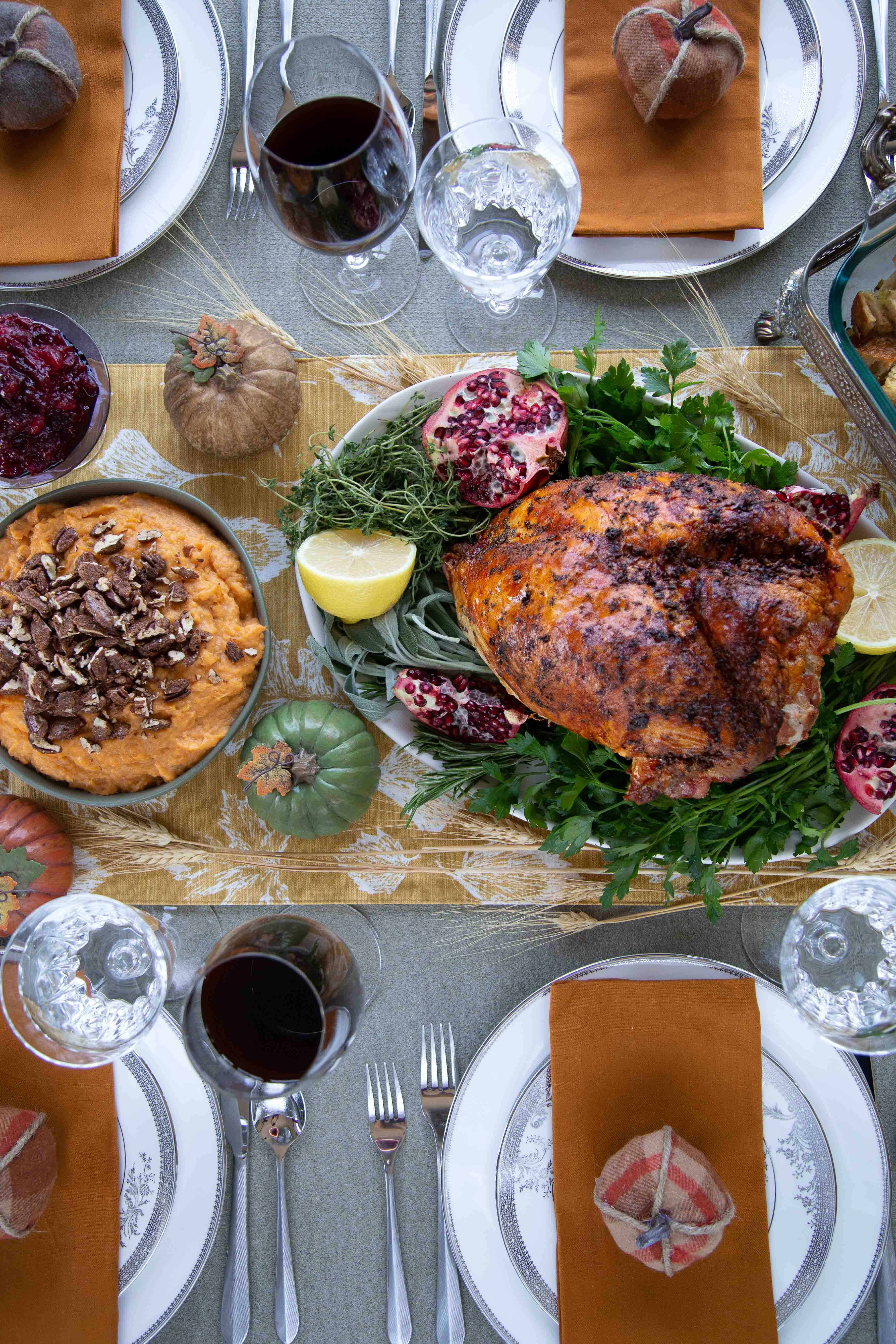 I served the Mashed Sweet Potatoes with Spiced Pecans as part of a Thanksgiving dinner. Here’s what else I served: 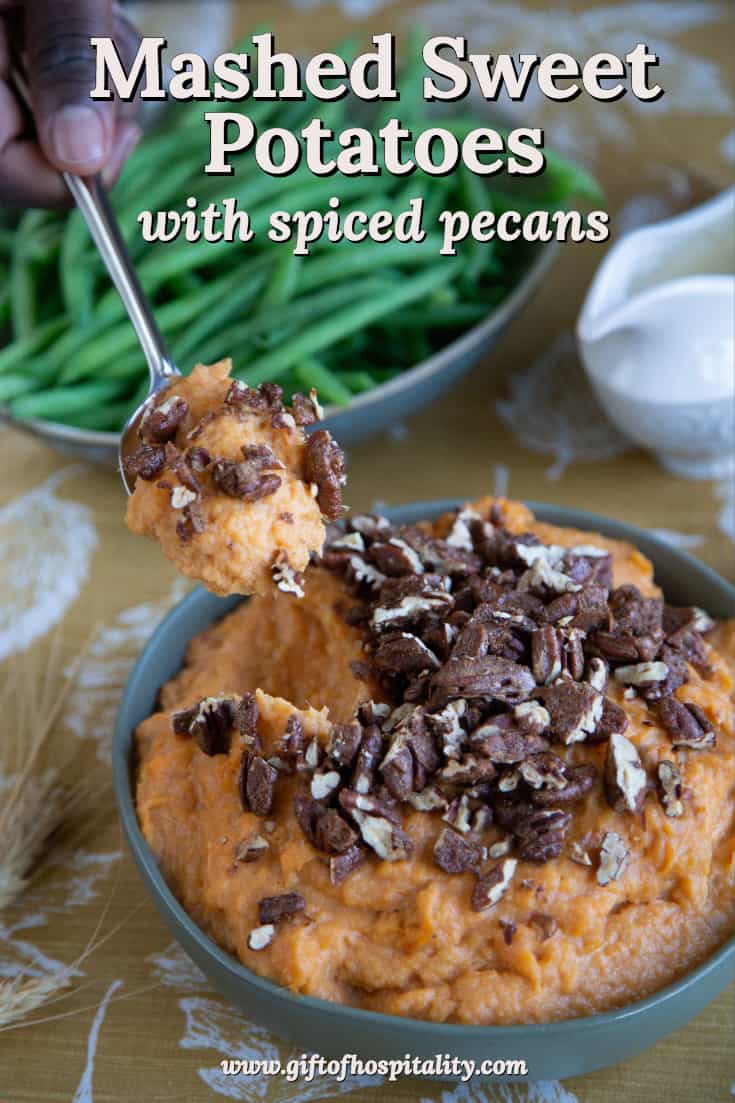 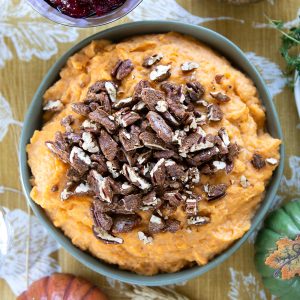 Published by Kate
Unlike most recipes, these sweet potatoes don’t have more sugar in them than the pumpkin pie. The dish is still sweet, but not cloying, and instead it allows the sweet potatoes to shine, punctuated by toasted, spiced pecans on top.
5 from 1 vote
Print Recipe Pin Recipe Rate this Recipe
Prevent your screen from going dark
Prep Time 15 mins
Cook Time 30 mins
Total Time 45 mins
Course Side Dish
Cuisine American
Servings 6 servings
Calories 672 kcal

For the sweet potatoes:

For the spiced pecans: