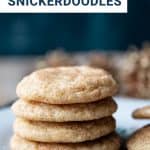 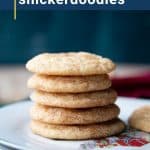 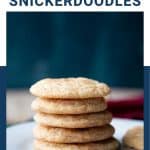 Grandma’s recipe for snickerdoodles results in the PERFECT soft and chewy cookie. They’re easy to make and perfect with a cold glass of milk. 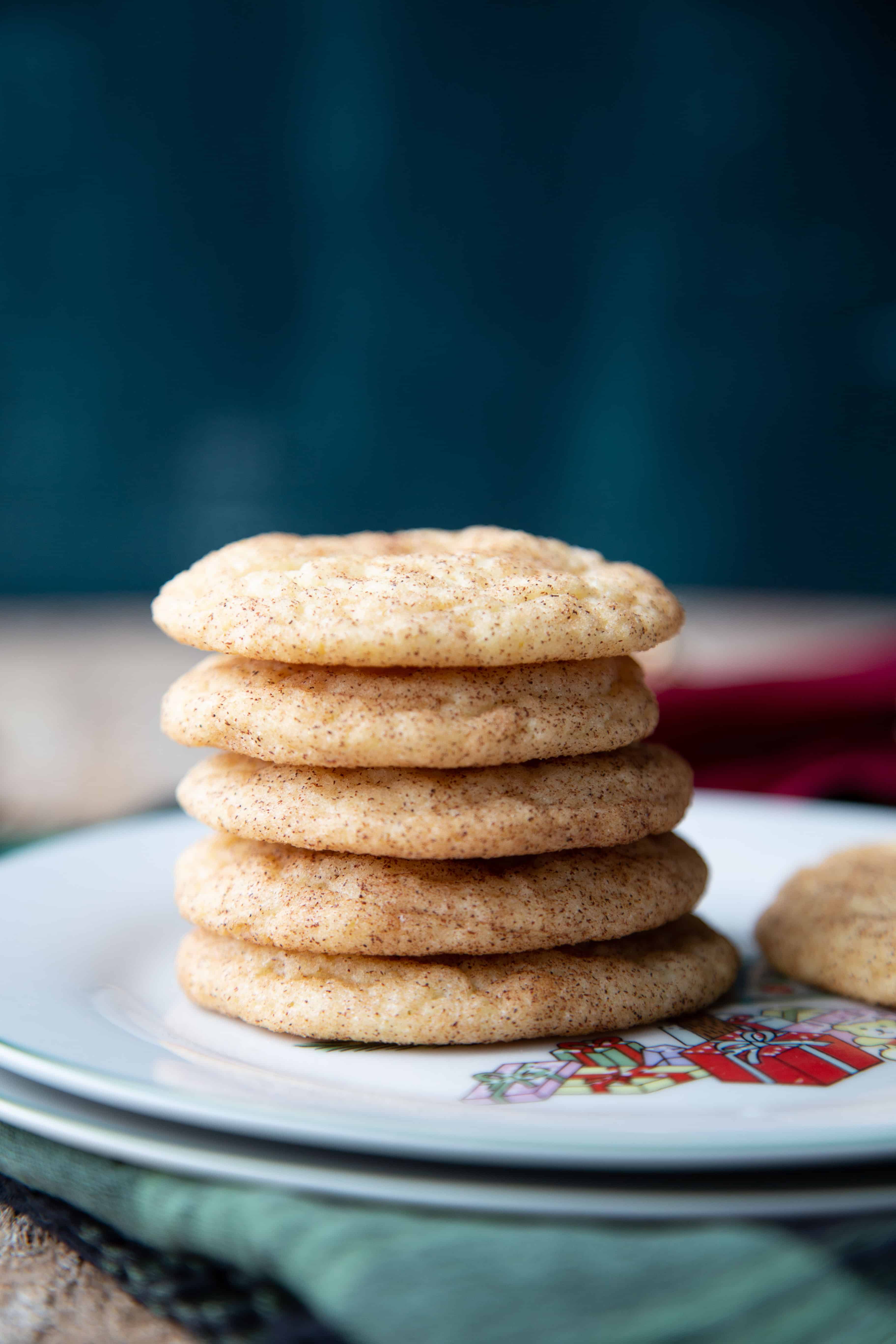 Grandma’s recipe book contains a lot of recipes, and it begins with twenty-some pages of cookie recipes. This makes sense since Grandma had a sweet tooth, which got passed down to me!

Her recipe for “Schnitzer Doodles”, which are more commonly known as snickerdoodles, is a classic. Sources like The Joy of Cooking

say that the cookie likely has a German origin, and based on the fact that Grandma’s ancestors were German, I’d say this recipe backs up that research. 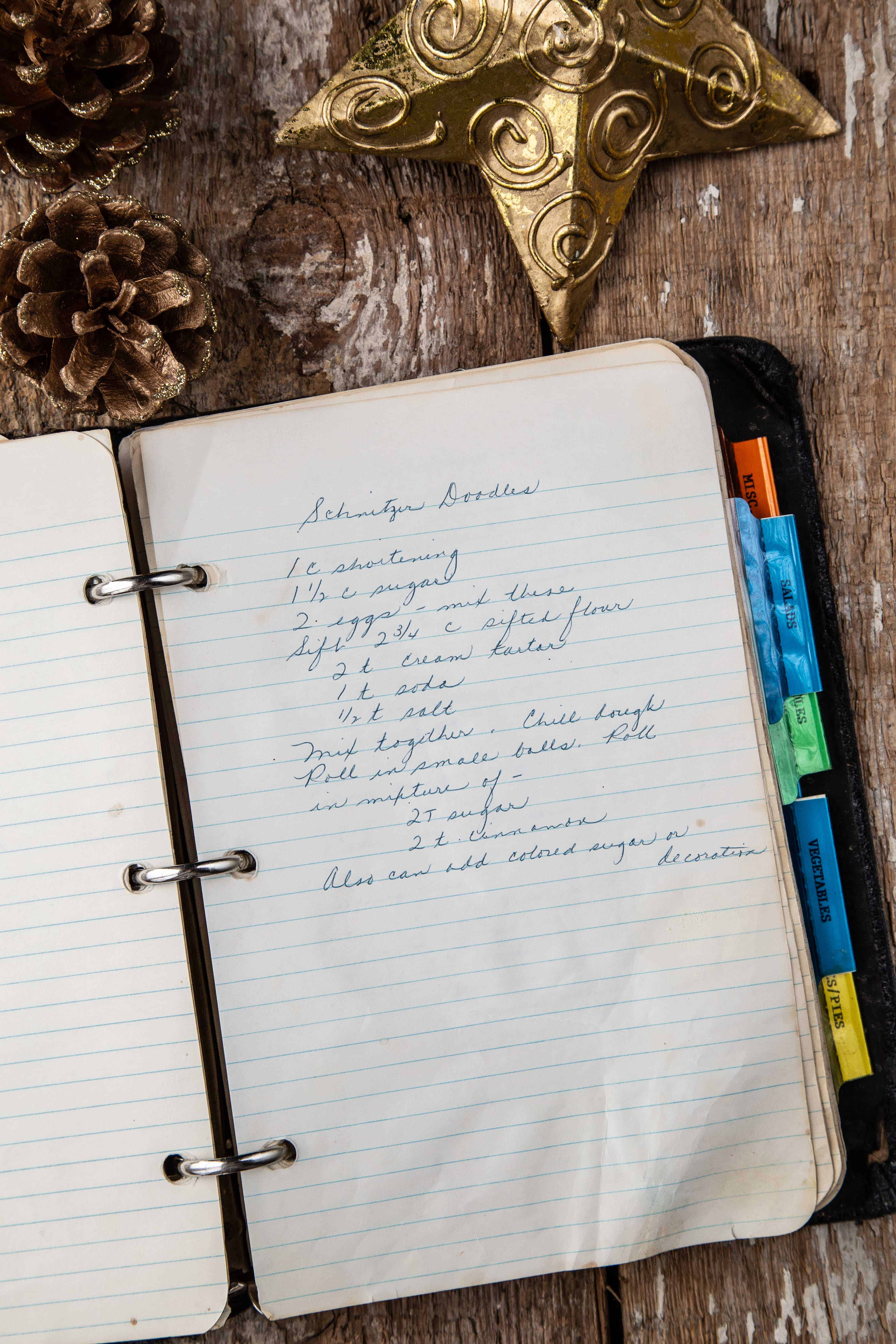 The snickerdoodle dough gets a slightly tangy flavor from cream of tartar, and then the balls of dough get rolled in a cinnamon sugar mixture.

The end result is a soft and chewy cookie with a crisp bottom, its tanginess tamed by the cinnamon sugar. The cookies aren’t overly packed with cinnamon—you can just taste a hint of it.

How to make snickerdoodles

1. In the bowl of a stand mixer, beat together the butter and granulated sugar until light and fluffy.
2. Add the eggs and beat until combined, stopping to scrape down the sides of the bowl with a spatula if necessary.
3. Add the flour, cream of tartar, baking soda, and salt. Beat on low just until combined.
4. Refrigerate the dough for at least one hour.
5. Roll the dough into 1-inch balls, then roll in cinnamon sugar.
6. Bake at 350°F for 10–14 minutes. 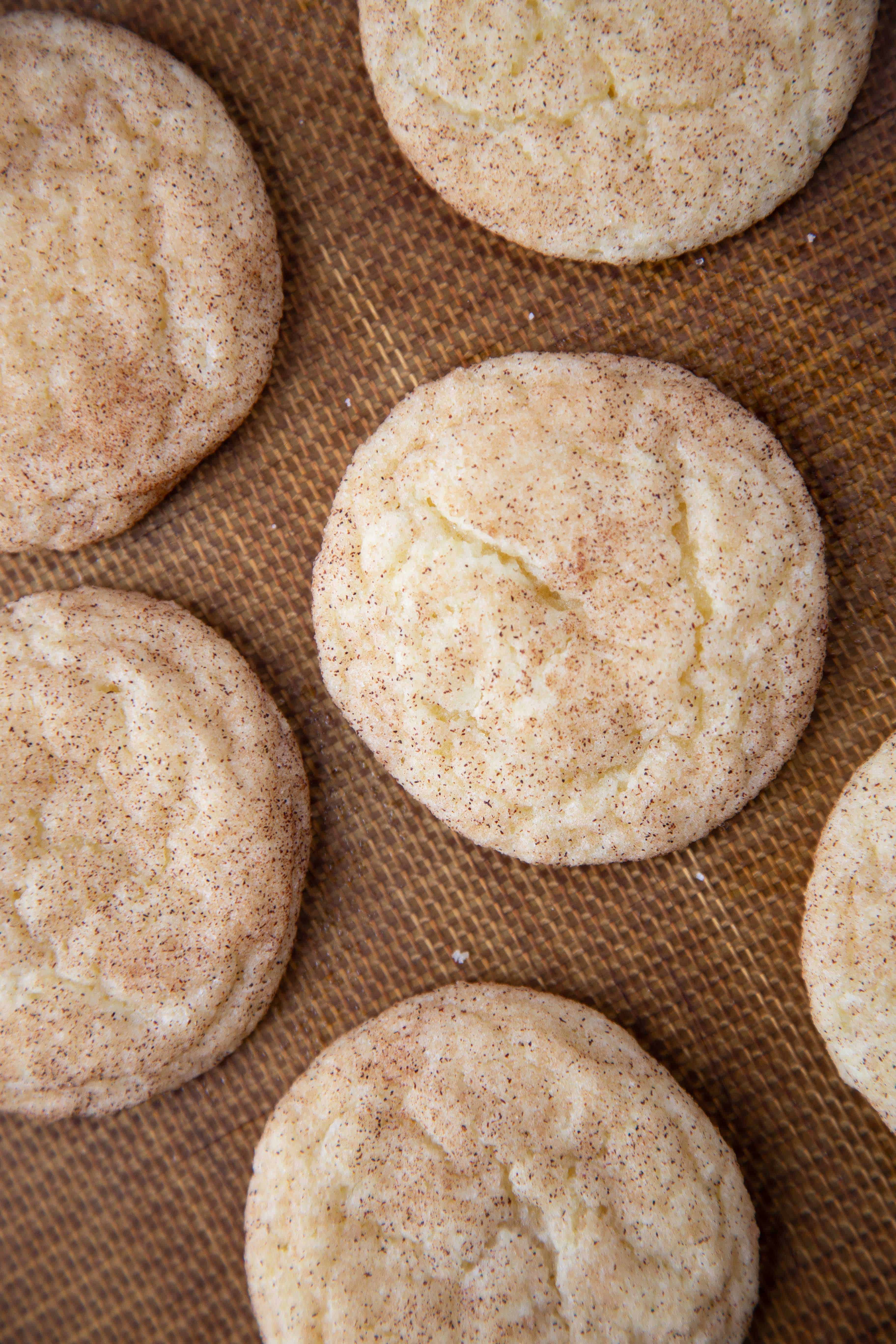 Best type of sugar for snickerdoodles

I tried rolling some of the cookies in a mixture of cinnamon and turbinado sugar instead of granulated sugar. The end result was a cookie with a crunchier exterior thanks to the larger sugar crystals, but they weren’t as nice looking.

So I recommend sticking to granulated sugar for rolling the cookies. 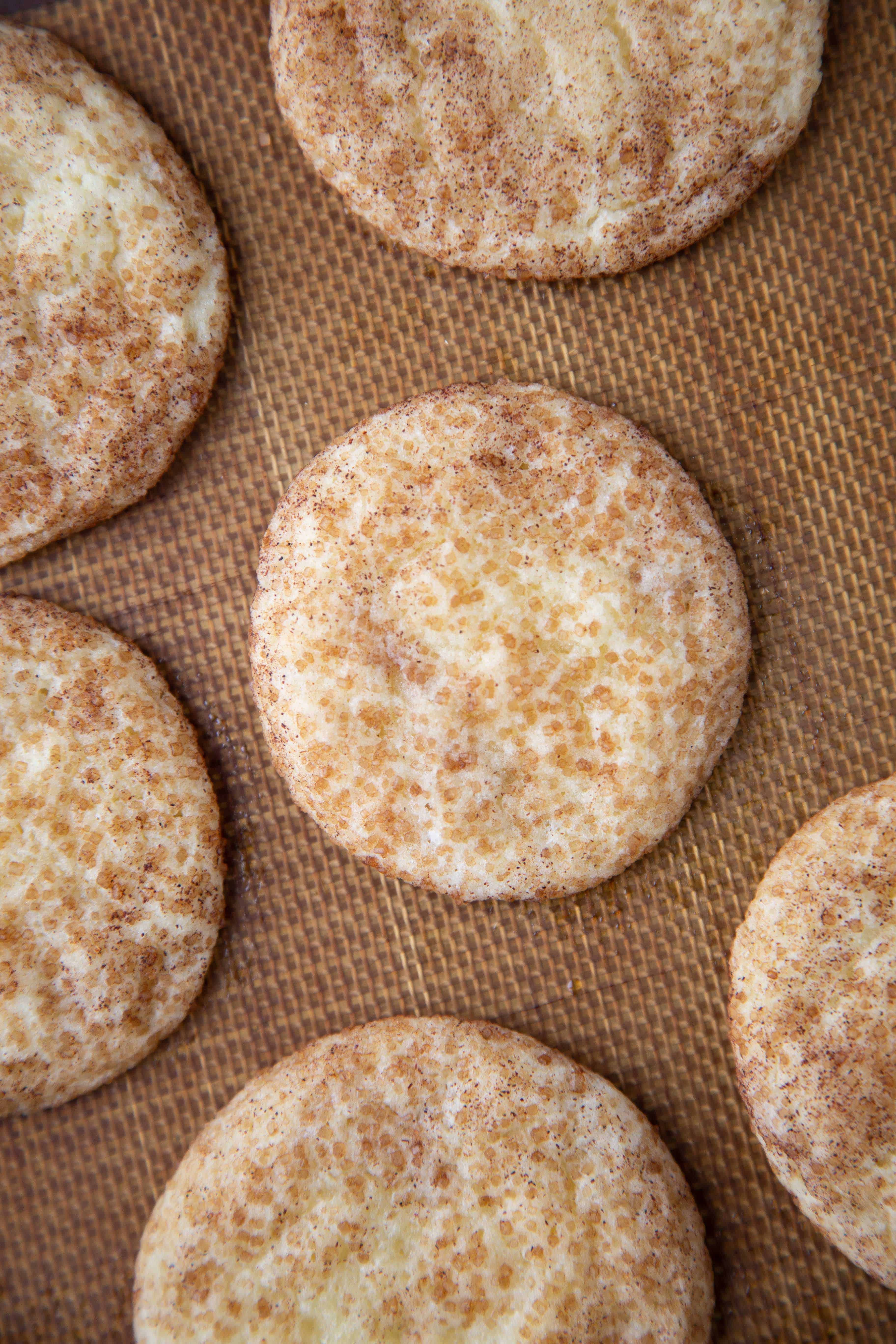 Grandma mentioned that you could add colored sugar or decoration in the recipe. I’ll be trying that next time. Let me know if you try it!

1. The key for this recipe (or any cookie recipe really) is to use silicone baking mats. The cookies lift right off so you don’t have to worry about broken cookies or scrubbing a baking sheet. These baking mats

are a great price for two!

It’s especially important to use baking mats (parchment paper works too!) because the sugar can crystallize in the heat of the oven, and you do not want to be scraping sugar off of your baking sheets!

2. Can I freeze snickerdoodles?
You can freeze both snickerdoodle dough and baked snickerdoodles. To freeze the dough, place it in an airtight container and seal tightly. To freeze the cookies, place them in a single layer in a plastic freezer bag (put wax paper or parchment paper in between layers). Both the dough and the cookies will keep in the freezer for up to one month. To defrost, place the dough in the refrigerator for 48 hours, or leave the already baked cookies on the countertop. 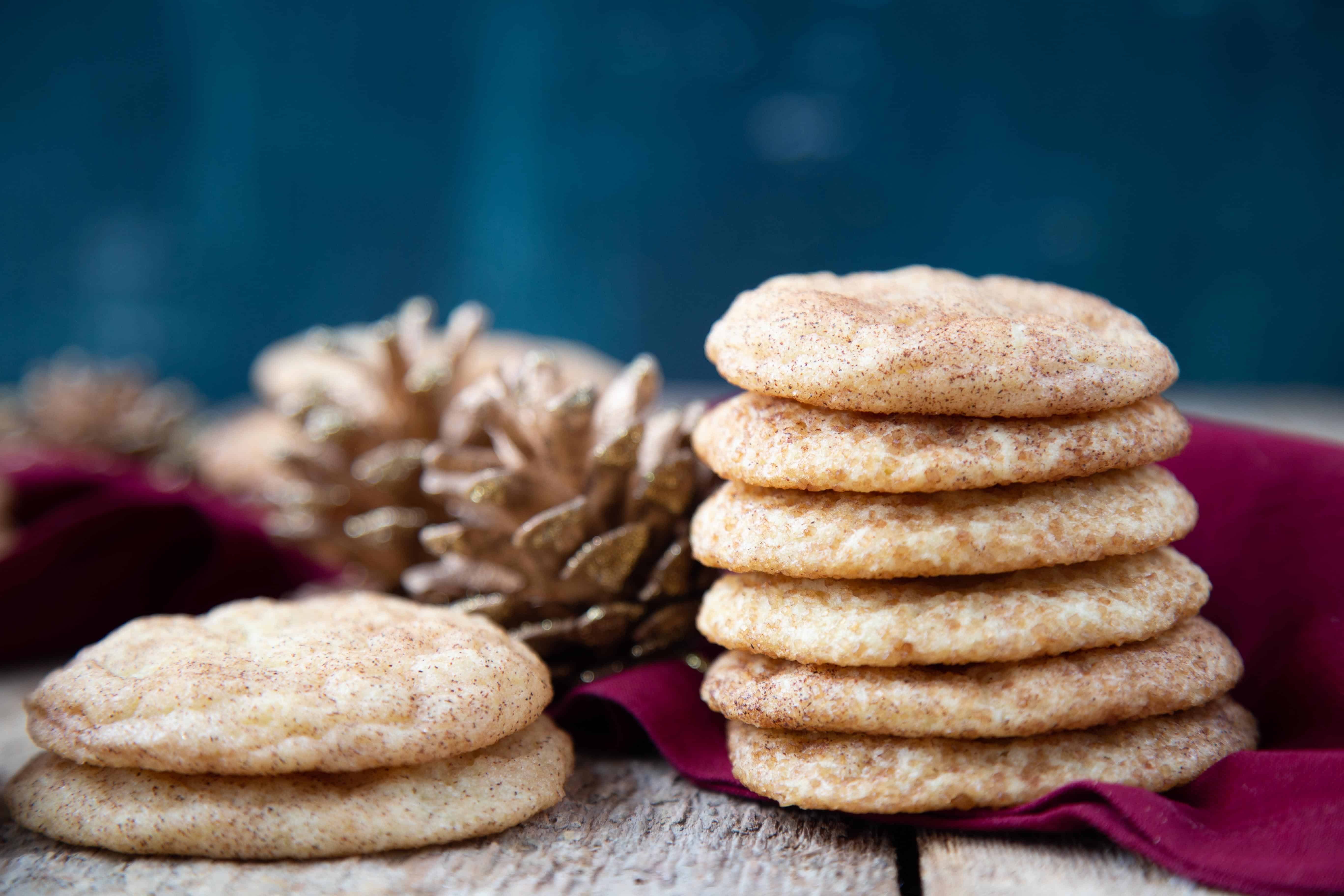 Here are a few other cookies from Grandma’s recipe book! 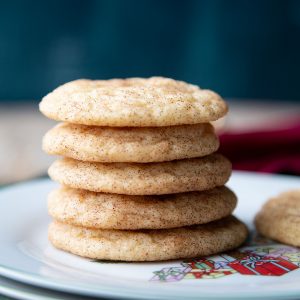