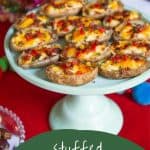 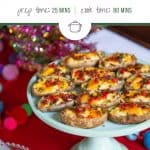 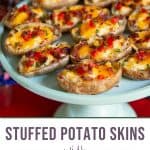 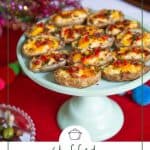 Stuffed Potato Skins are a cross between a traditional potato skin and a twice baked potato. While the red chopped pimentos and green chives are particularly festive, you don’t need to reserve these just for the holidays!

There’s a reason why potato skins are on nearly every bar menu in America. They pair so nicely with beer!

They are also a perfect addition to a holiday meal or appetizer spread.

Particularly around the holidays, when a whole multi-course dinner can feel overwhelming, I love the idea of a holiday happy hour with appetizers and drinks.

You can make a few appetizers and even ask guests to bring one to share.

Whatever your plan is, you have to make these Stuffed Potato Skins! They are over-the-top delicious with their combination of bacon, sour cream, and cheddar (what can go wrong with that combo?!) on a salted potato skin.

Along with Boozy Bacon Wrapped Dates and Citrus Marinated Olives, the potato skins are the perfect addition to an appetizer buffet.

How to make stuffed potato skins

Preheat oven to 400°F. Rub the potatoes with olive oil and sea salt, and place on a baking sheet. This process ensures that the salt will hit your tongue first when biting into a potato skin—yum!

Bake until the potatoes are tender.

Let the potatoes cool slightly, then cut in half and scoop out the insides, leaving ¼ inch of potato flesh attached to the skin on all sides. It doesn’t have to be perfect!

Mash the insides of the potatoes with sour cream, shredded cheddar, chopped pimentos, and chopped chives, then put the mixture back inside of the potato skins.

Top with more shredded cheddar, and bake until the cheese has melted. Top with more chopped pimentos, chives, and crumbled bacon, and serve!

What kind of potatoes are best for stuffed potato skins?

Russet potatoes have a firm peel that will hold up to stuffing. Other varieties such as Yukon Gold have a much more delicate peel that won’t stand up to the weight of the filling or toppings.

What can I serve with potato skins?

Beer! It pairs perfectly with the salty, cheesy potato skins. As for other food, snacks and appetizers such as nachos, bacon wrapped dates, grilled wings, pepperoni rolls, and spicy roasted nuts are great accompaniments.

Both beer and wine pair well with potato skins. A white wine such as Pinot Grigio or Sauvignon Blanc would pair particularly nicely.

You can make these Stuffed Potato Skins up to 24 hours ahead. To do so, prepare the potato skins as directed but do not bake them. Wrap the sheet pan tightly with plastic wrap and place in the refrigerator.

Approximately thirty minutes before you’re ready to serve them, preheat the oven to 400°F. Bake the potato skins for 20–25 minutes, or until warm throughout.

These potato skins make such a festive appetizer, particularly around the holidays.

I like to make it an appetizer spread, and serve them with a few of the following appetizers: 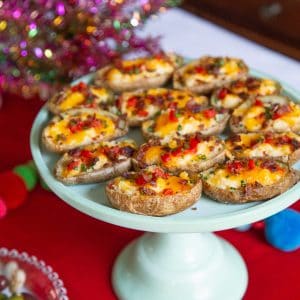 Russet potatoes are best for making these potato skins. Look for similarly sized, small russet potatoes, either in a bag or sold individually.  Make it ahead: prepare the potatoes as directed, but do not bake them. Wrap the sheet pan tightly with plastic wrap and refrigerate for up to 24 hours. Bake for 20–25 minutes, or until warm throughout. 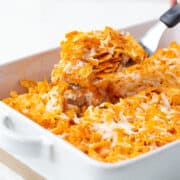 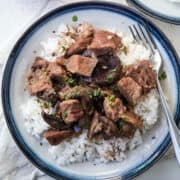 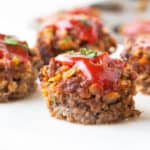 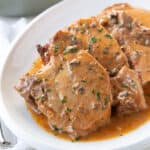 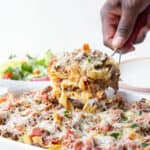 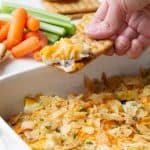 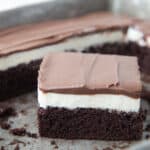 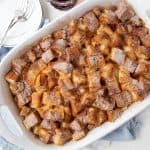 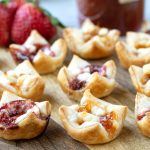 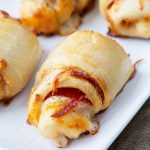 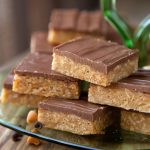